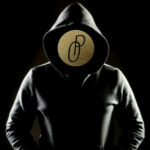 The opening bell rings this morning after the Dow and S&P 500 both edged higher to notch fresh records.  Solid quarterly results from big names helped boost markets with Tesla, UPS and General Electric among the best performers.


Durable goods orders for September are due this morning and analysts are expecting a bit of a slowdown.  The experts are forecasting an eight-tenths percent decline from August on big-ticket items made to last three years or longer.  The report will be out at 8:30 a.m. Eastern Time.

Leading Democratic senators have a plan to tax the nation’s most profitable corporations to help pay for President Biden’s social policy and climate change agenda.  Senators Elizabeth Warren of Massachusetts, Ron Wyden of Oregon, and Angus King of Maine, an independent who caucuses with the Democrats, outlined a new tax Tuesday.  Their plan calls for a minimum 15-percent tax on companies that post more than a billion dollars in annual profits over a three-year period.  The senators say the tax would dovetail with a global corporate minimum tax agreed to by 136 countries.

The treasury secretary under former President Clinton says the Biden administration is wrong to downplay inflation.  Larry Summers tweeted there was “less than a 50/50 chance” that current Treasury Secretary Janet Yellen was correct in her belief that inflation levels will return to normal by next year.  Inflation matched its highest rate in 13 years when it hit five-point-four-percent  in September compared to the same month one year ago.  Summers said, “Until the Fed & Treasury fully recognize the inflation reality, they are unlikely to deal with it successfully.”

Americans are feeling better about the economy.  The Consumer Board says its consumer confidence index climbed four points in October, reversing a three month downward trend.  The rebound surprised analysts who had expected a decline.  The board noted an uptick in the number of consumers planning to purchase homes, cars and major appliances this month.  The University of Michigan will release its final reading on consumer sentiment for October on Friday.

Sales of new single-family homes are on the rise.  Figures from the Census Bureau show sales rose 14-percent in September to a seasonally adjusted rate of 800-thousand units.  The South and West regions led the way with the most homes sold in September.  The average price of a new home purchased last month was 451-thousand-700 dollars.

The rapid rise in home prices may finally be cooling just a bit.  The S&P CoreLogic Case-Shiller index shows home prices rose at an annual rate of 19-point-eight percent in August, which is the same as the previous month.  It’s the first time the annual gain hasn’t jumped since early 2020.  Still, prices in the 20-city index remain at an all-time high.  Phoenix, San Diego and Tampa topped the list for biggest price increases.

Mastercard will soon give card holders a choice between redeemable points, and digital currency.  The credit card company announced Monday that customers could receive cryptocurrency which will give them a digital asset that can grow, or shrink, in value.  CNBC reports Mastercard also will give customers the option of converting existing airline and hotel points to Bitcoin.

$TSLA- Goldman Sachs analyst Mark Delaney raised the firm’s price target on Tesla (TSLA) to $1,125 from $905 and keeps a Buy rating on the shares. The Hertz (HTZZ) Model 3 order news is “important” for Tesla, Delaney tells investors in a research note. While the 100,000 order is material on its own, the deal will also help Tesla to sustain “strong” growth and margins when considering the order in the context of other dynamics, says the analyst. Delaney believes Tesla already has a large backlog, and he thinks the order will help supply/demand to “remain healthy even as Tesla ramps its new factories.” Further, the Hertz deal could also incentivize other rental fleets to shift more quickly toward electric vehicles, contends Delaney
$MSFT- Goldman Sachs analyst Kash Rangan raised the firm’s price target on Microsoft to $400 from $360 and reiterates a Conviction List Buy rating

Hey OP…. Eyes will be on BA today… will also be looking to scalp AAPL and NUGT. Hope you all have a great day! See you in chat

Our focus at Optionsplayers.com is to provide all levels of options traders with the necessary tools for success. Providing education, trade suggestions, live help, mentoring, dates of interest, and contests is our formula to accomplish this while delivering a fun, lucrative experience for your investment. Of course, I will continue to post many of my options plays exclusively here for you as well! I hope you enjoy it!

Please confirm you want to block this member.

You will no longer be able to:

Please note: This action will also remove this member from your connections and send a report to the site admin. Please allow a few minutes for this process to complete.

You have already reported this
Clear Clear All